The idea of a Chicken Rotisserie originated back in 1985. It all started when I was in Cyprus visiting some friends to watch the island’s carnaval parade. It was lunch time, and we had worked up quite the appetite, so my friend brought us take out from a well known restaurant called Diomedes. The meal was rotisserie chicken, with a side of roasted potatoes and a greek salad. The rotisserie chicken meal was so good, that it made someone in the group bring up the great idea to open a similar restaurant in Orlando; we all agreed, it felt right… But maybe the wine and beer helped too!

This dream of opening a restaurant in The Orlando Metro Area was far fetched, as we had no funding or knowledge on how to open and operate a restaurant. However, the idea was intriguing and entertaining so we had fun discussing it, but for a while it was just that.

Fast forward 2 years, I was back in Orlando looking for employment. I tried to find something in my field of study, Computer Science but that was taking longer than expected. Because of that, I started working at a restaurant my Future Partner, Gus Maltabes had just opened- a deli. Gus and I worked together while I was a student at The University of Central Florida – UCF. We had fun working together and got along pretty well.  However, we agreed this was only temporary arrangement until a position became available in my field… At the same time, we started talking about opening a restaurant together.

The plan worked and we opened our doors in 1988!  We were packed with customers from day one, and continued to be busy week after week and month after month. As the years passed, we have added many items that customers asked, and removed some to come to today’s Athena Roasted Chicken. We also have created our Athena’s family, which includes everyone who has worked with us, serviced us, our neighbors, and their families.  Our dedication to simple good old fashion principles like Quality, Service and Value, have proved to be our recipe for success.

We want to thank Athena’s team and our loyal customers & of Maitland, Winter Park, Longwood, Lake Mary, Winter Springs, Baldwin Park and surrounding areas that supported us through the years and continue to do so today. We have customers that first came when we opened, and we have new customers that just found out about us. We thank you ALL.

For many years we’ve been proudly serving our famous Roasted Chicken & more. Our chicken is fresh never frozen, seasoned with a mixture of traditional Greek spices, cooked slowly to achieve that perfect caramelized outside. Olive oil and water are often use in our cooking process; no animal fats are used. Our sides, salads, and desserts are made from daily from scratch. We aim to source all of our food items locally, allowing us to support local growers & farmers.

At Athena Roasted Chicken we serve food for the whole family, using the best practices. Our menu is hearty, filling yet light! We offer food for all, including: Gluten-free, vegetarian, vegan, for those with medical conditions such as diabetes, low-fat, high-fiber, full of vitamins and fortified. Our team is proud to serve you!

We open 7 days a week. Since day one we have been committed to locally sourcing our produce, meats, and as much supplies possible. This has allow us to provide flavorful fresh ingredients. 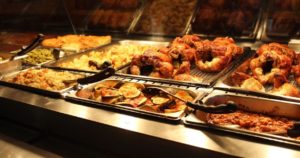 Here at Athena Roasted Chicken we are committed to offering quality, service, and value. We offer top-quality healthy ingredients, with warm service, all at the best value to our local families. 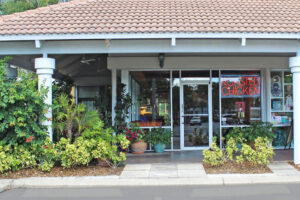 We are more a family than a team; a lot of us see each other everyday, building a unique bond. Throughout the years, we’ve also had many great people be part of Athena. 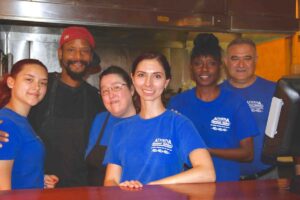 Our food and services providers are key to our success. Partnering with the right companies, has allow us to focus on our business while offering the best service to our valued customers. 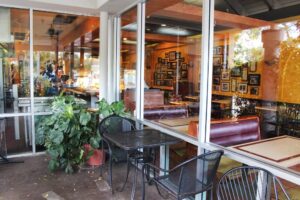 We are centrally located @ The Shoppes of Maitland, just a 20 minute drive from Downtown Orlando, and a 10 minute drive from Winter Park, Winter Springs, all the winters, Baldwin Park, Eatonville, Longwood, Sandford, Lake Mary, Heathrow, Apopka, Oviedo, and other Central Florida cities. The plaza where we are located offers a LOT more! You can get a 3 course meal, dessert, get some work done, and buy some beautiful items. Come by and check out our neighbors.

Featuring tender, juicy chicken seasoned “just right” with a unique blend of spices and cooked slowly in a rotisserie until golden brown.